Lucasfilm had quite the showing at last weekend’s D23 Fan Expo. The event, which is essentially Disney’s answer to Comic-Con turned quite a few heads with its big Saturday presentation. Several new Disney-affiliated projects received major updates.

On the Lucasfilm side of things, many upcoming shows revealed fresh trailers, including ones for Willow, Indiana Jones 5 and The Mandalorian Season 3. And then there’s Star Wars: Skeleton Crew.

Created and executive-produced by Jon Watts, who directed the MCU’s Spider-Man trilogy, Skeleton Crew will star Jude Law and will focus on a group of young children who are lost in space. The series was also overseen by the powerhouse duo of Jon Favreau and Dave Filoni, and as it turns out, Favreau had an interesting story to tell regarding the series’ inception.

Watts Pitched Skeleton Crew During Spider-Man Production
At D23 Expo 2022, during the Lucasfilm panel (via The Direct’s own Savannah Sanders on Twitter) Jon Favreau was on-hand to explain how Star Wars: Skeleton Crew creator Jon Watts pitched him the idea for the show while the two of them were working on Spider-Man: No Way Home, in which Favreau appeared as an actor. 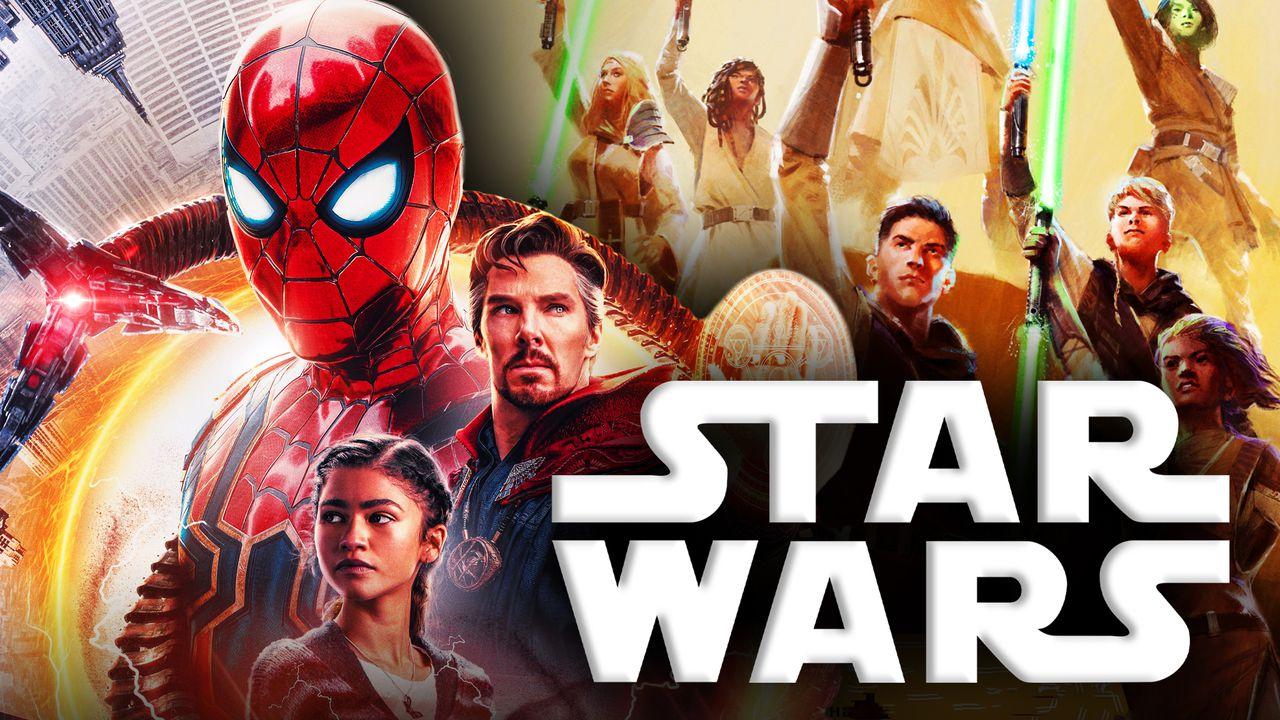 Jon Favreau noted that Watts had a “really fully-formed idea” for the Star Wars streaming series:

Favreau: “I’ve been lucky enough to be an actor in the three latest Spider-Man films. Yeah. Kevin Feige’s back there going, ’Yeah, [the audience] likes Spider-Man. They like Spider-Man. But I was working with Jon Watts and I happened to mention to him the last time I was there that I’m working on [The Mandalorian], and how much fun it is, and would he ever want to collaborate, thinking maybe he might direct an episode or something. And he said, ‘Oh, no, no. We have a really fully-formed idea for what we want to do.”

Also at the panel, Watts and co-producer Christopher Ford explained a little of what the series is actually about (via IGN.)

Ford: “What is Skeleton Crew?”

Ford: “It’s a show about a group of kids who get lost in the Star Wars galaxy.”

It was at that point that series star Jude Law arrived on stage and offered the following:

“Hello, everyone. How are you? D23! I got such a warm reception yesterday, but today, for Star Wars. My goodness. I can’t quite believe I’m apart of this universe, this galaxy, this world. So, thank you all so much for having me. It’s very good to be here and great to be here with you guys.”

Skeleton Crew Has Quite the Team Involved
As mentioned above, Star Wars: Skeleton Crew was developed by Jon Watts, fresh off his run on Marvel Studios and Sony’s Spider-Man trilogy of films, the last of which, No Way Home, being a particularly staggering success.

Not to mention that Dave Filoni and Jon Favreau created and exectutive produced the mega-hit The Mandalorian for Disney+, as well as The Book of Boba Fett and the upcoming Ahsoka.

With that kind of talent involved behind the camera, and the always-charismatic Jude Law as the series lead, Skeleton Crew is really shaping up to be a terrific addition to the franchise.

Not much else is known about the series, beyond the “kids lost in space” storyline, but the show is also said to be very 1980s Spielbergian in tone. It’s also apparently set roughly in the same time period as Mandalorian, so there’s a chance that audiences could possibly see a bit of crossover between the two shows.

Although it doesn’t have an officially-announced date attached to it yet, Star Wars: Skeleton Crew is slated to hit Disney+ sometime in 2023.

LEGO Star Wars: Skywalker Saga Confirms When All 13 DLC Packs Will Be Released